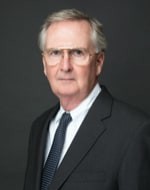 Co-Chairman of the Trustees

Mr. Norris has served as a Trustee since June 2000. He also advised and represented the Trust in legal matters for more than 17 years prior to his election as a Trustee. Mr. Norris is currently a partner in the Dallas law firm of Norris & Weber, PLLC. He has been board certified in Estate Planning and Probate Law by the Texas Board of Legal Specialization since 1998. 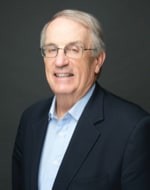 Co-Chairman of the Trustees

Mr. Barry has served as a Trustee since January 2017. He is President of Tarka Resources, Inc., which is engaged in oil and gas exploration in Texas, Oklahoma and Louisiana. He has served as President of Tarka Resources, Inc. and Tarka, Inc. since 2012 and 2014, respectively, continuing through their merger in 2016. Mr. Barry is also the President of Sidra Real Estate, Inc., a real estate company that owns commercial properties including 3 office buildings in Texas. Formerly, Mr. Barry was a partner of the law firm of Kelley Drye & Warren where he represented the Trust for 30 years. Mr. Barry is a member of the bar of New York State and retired as a member of the bar of the State of Connecticut.